Barry Peckham was born in the New Forest, Hampshire, where he still lives and works.  He is married and he has three daughters.

Barry’s work has been exhibited throughout the British Isles and the Netherlands.

He has shown at the Royal Academy, the Royal West of England Academy and the Mall Galleries, London. He has won numerous prizes for his work including the Champagne Mumm Marine Artist of the Year and the Menena Joy Schwabe Memorial Award at the ROI.

His subjects include landscape, marine, equine and some wildlife. The New Forest and the Solent are on his doorstep and make up much of his subject matter for paintings. He also makes frequent painting trips around the country looking for fresh inspiration.

Barry works in oils, watercolours and occasionally in pastels.  Much of his work is produced out of doors working in the landscape with final touches added in the studio. 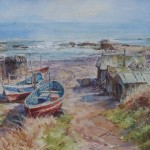 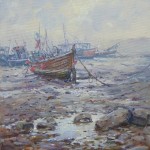 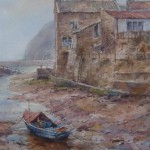 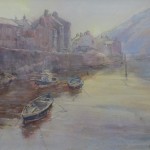