Darren Yeadon began an apprenticeship in stone masonry in 1988. Working for a small company in Whitby he acquired skills in quarrying, sawing, shaping stones by hand, carving, lettering, stone saw and machinery operation. Following this he travelled throughout the UK as a freelance letter cutter and carver. In the early nineties he suffered a serious accident from which he made a slow but unexpected recovery. The experience led to some big changes in his life. He began work as a full time sculptor, initially from a studio in Whitby but in 2003 he relocated to Carrara, Italy in order to work with marble. Two years later he returned to the UK to set up his present studio in Pembrokeshire.

Darren’s work is inspired by the natural world: “I make sculptures because I believe that something has to be given back for what we take from life: a moment, a feeling. The strategic logic and brilliant design of nature are things to be celebrated.” The nature of the material itself both excites and challenges him: “The medium alone is beautiful and well worth the investment of time and hard work to cut and shape the pieces of art….Whatever I make is going to be on this planet for a long time, in fact possibly forever”. 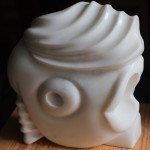 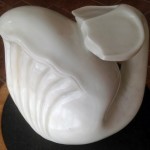 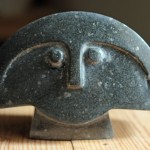 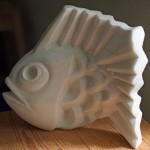 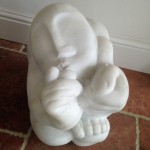 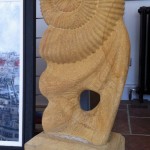