Ian Burdall paints in oils, mainly concentrating on land and seascapes based around the East coast.  His particular inspiration is the Yorkshire coastline between the Humber and the Tees, where industrial, fishing and agricultural landscapes all intertwine and it is possible to see pristine natural landscape with traditional fishing boats and sea going vessels set against a backdrop of either heavy industry or bucolic National Park.

He also has a fascination with shipwrecks and has created a series of paintings inspired by photographs from the East Cleveland Image Archive. Each grounded vessel has a real story which includes the people that came to assist in its rescue or simply to marvel at the unique and powerful scene of a stranded vessel.

Further afield he has painted in Dungeness, Kent. The environment there is also suited to his style: hulks of fishing vessels lying beside the nuclear power station on a shingle beach peppered with huts provide him with endlessly fascinating subject-matter.

His style is strong and unsentimental and in choosing painting locations he tends to seek the path less trodden. Most of his work is completed in the studio from his own photographs which he also exhibits.

He has exhibited at the Saltaire Arts Trail, the Staithes Festival of Arts and Heritage and Art in the Pen, Skipton. His work has been selected for Open Exhibitions in Leeds and Bradford, the Mercer Gallery, Harrogate and the Ferens Gallery, Hull.  He was also selected for the summer big screen exhibition celebrating the Yorkshire coast in City Square, Bradford by the Not Just Hockney website which also shows his work. 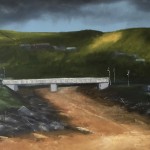 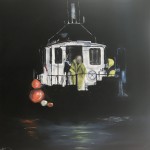 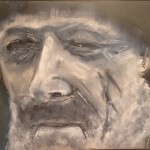 Portrait of a Fisherman 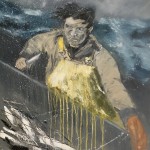 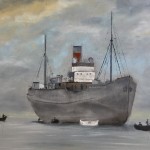 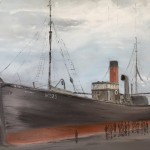 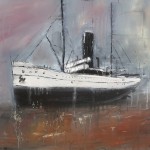 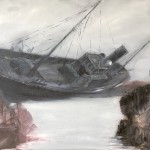 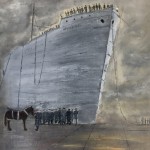