Trevor Chamberlain RSMA ROI was born in Hertford, the son of a painter and decorator. He worked initially as an architectural assistant until 1964. He began painting at a very young age and at twelve enrolled at the Ware Evening Institute in painting classes but he is essentially a self-taught artist.

He has won numerous awards for his marine, landscape and town paintings. His work is highly regarded as he expresses great feeling in his depictions of the land and sea. Each brush stroke is precisely judged in order to create a perfect appraisal of form and light.

Trevor has travelled widely painting many parts of the world. His work has been published in a number of books and can be seen in many public and private collections including Taylor Woodrow, Marks and Spencer, NatWest Bank, Avon Insurance, Guildhall Art Gallery, National Maritime Museum, Government Art Collection, Winsor and Newton and Hertford Museum. 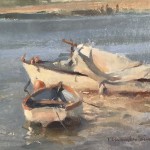 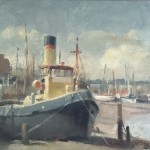 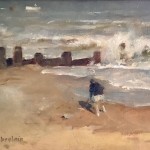 Metal Detecting by the North Sea 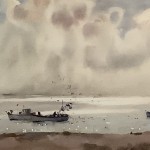 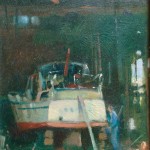 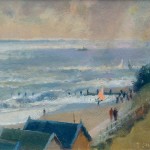 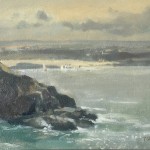 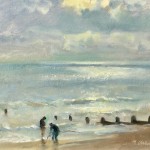 Figures on the Foreshore, North Sea 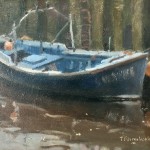 Under the Harbour Wall, Whitby