After many years working as both a signwriter and then antiques restorer in London, Gail went on to complete a ceramics degree course in 2000 at the University of Westminster, Harrow.  Prior to this she worked in Guernsey where she still visits whenever possible and this deep engagement with the sea and its birds has gone some way in influencing her sculptures.

Gail’s work is an eclectic mix of large and small scale sculpture and also practical furniture (mainly in the form of ceramic mirrors), influenced by her experience working with antiques.

Major works include the installation Albatross a large conservationpiece (2007/8) and a large commission for the Marmara Hotels group in Instanbul (2008).

Throughout her work a constant theme is the sea and the natural world that surrounds it, predominantly its birds.  Concentrating more on structure and form rather than upon minute detail, Gails work invokes the essence, the spirit of the subject matter.  Hand-building with stoneware clay and colouring with oxides and glazes, she attempts to paint a picture, to summon an image in solid form. She sometimes mounts her sculptures on stone bases or even on found objects collected from various seaside visits. 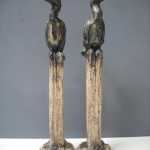 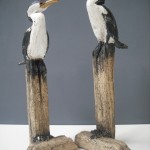 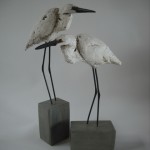 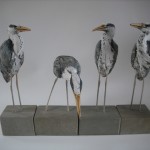 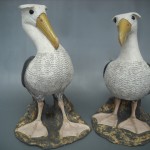 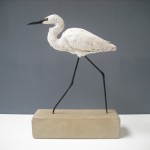 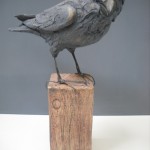 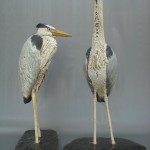